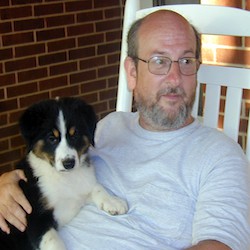 Contrary to the characters in my books, I don’t really kill people, or catch those who do, so the blog posts might be about reading, or writing, or animals. These are the things I have great passion for.
397 BOOKS 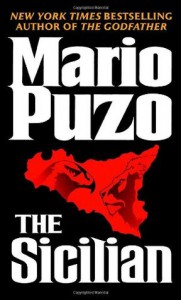 ‘
The Sicilian is NOT, like some people think, a sequel to the Godfather. It does feature cameo appearances by Michael Corleone and Clemenza, but they are more to tie the story together than anything else. Personally, I found it distracting and unnecessary for them to have been in the book and I felt it would have been a far better book without them.

The unfortunate thing is that it detracted from the real story, and that is the tale of Salvatore Giuliano, the famous bandit of Sicily. (Btw, the other annoying thing was that they spelled Giuliano’s name Guiliano, with the ‘u’ coming before the ‘i’. That drove me nuts.) Salvatore or “Turi” Giuliano’s story is one that deserves a full book dedicated to nothing but that story. It’s a tale that not many people are familiar with and if you have any interest in Sicilian history, it’s worth learning.

Puzo seems to have done a decent job of recounting the history of Sicily during that time period, and he is magnificent in how he tells it. He works his magic on each character, bringing them to life as only Puzo can. Salvatore “Turi” Giuliano, Gaspare “Aspanu” Pisciotta were true, bigger than life characters, and Puzo manages to not only show us their magnificence, but their faults in glorious perfection.

I loved this book, but I wish he had stuck to the true tale and not bothered with his cast from the Godfather.
Tweet